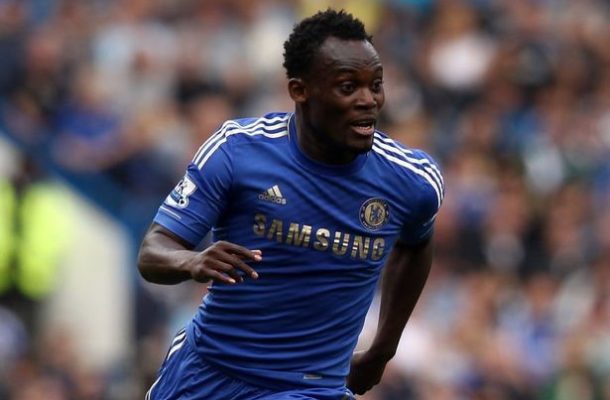 Michael Essien, popularly known as "The Bison", was born on the 3rd of December 1982 and is a renowned Ghanaian professional footballer. He was brought up in a small town in central Ghana called Awutu Breku. This was the place in which his passion for football was ignited by his father, who was also a professional player.

When he was a teenager, he and his family moved to Accra. Two years after the move, he was able to win a football scholarship to a secondary school. After completing his secondary school education, he continued chasing his passion as a dream as he played with a club in Ghana known as Liberty Professionals, after which, in 2000, he joined SC Bastia, which was in France’s top division.

He was known for his strong and powerful play, which earned him his nickname. He was a defender at SC Bastia before he was later moved to midfield, where he continued to excel. With his excellent play and skill as a defender and sometimes midfielder, he was able to gain recognition from top European football clubs.

In 2003, Michael Essien was transferred to his new club, Olympique Lyonnais, which was in France. During his stay at the club, he was able to help the team to a league championship for two years which enabled punters to place bets on the team by making use of their welcome bonus, after which he was crowned the player of the year in France.

In 2005, Michael Essien became the talk of the town in England as he joined Chelsea, where he was signed as the most expensive African footballer for £24.4 million at that time.

He was also a great influence on the Ghanaian national football team, even right from the early stages of his career. He was with the Ghanian team that came third in the FIFA Under-17 World Cup Championship. And his team also came in second place in the 2001 Federation Internationale de Football Association World Youth Championship. In 2002, he was able to play his very first match with the senior team at the Africa Cup of Nations.

He would have been able to displace his skill at the 2010 World Cup but was unable to join his team to participate due to a knee injury. Although he was able to return after a couple of years to help the Ghanian team qualify for the World Cup in 2014. Michael Essien was a key member of the team throughout his entire career.


With his versatility in gameplay, good form, a sharp eye for specific gameplay, and making a reasonable impact throughout his football career, Michael Essien is without a doubt the best midfielder of his generation.