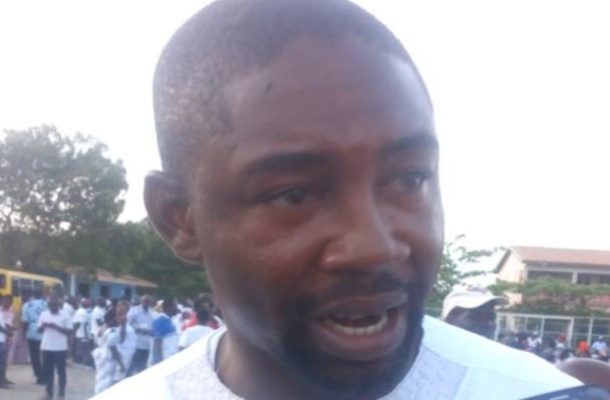 Bolgatanga Member of Parliament (MP), Isaac Adongo, yesterday ‘clashed’ with Dr Bernard Oko Boye, MP for Ledzokuku, over who is responsible for the collapse of nine commercial banks between 2017 and 2018.

It was Mr Adongo’s contention that government was responsible for the collapse of the banks, following recommendations to it by the Central Bank to revoke their licenses.

According to him, another government would have rescued the banks from collapse in order to save jobs and livelihoods.

Mr Adongo made these observations when debating the budget performance report of the Finance Ministry for the year ending December 31, 2019, which had since been approved.

“Before a bank’s license can be revoked and the state called upon to bear the cost for the revocation that will lead to their collapse, the Ministry of Finance must make a definitive recommendation to Cabinet to approve the utilization of public funds to fund the cost of that revocation.

“To the extent that the licences of nine banks and over 400 microfinance institutions were revoked, when any other government would have pursued saving them, amounts to your decision to collapse the banks and that is my opinion,” Mr Adongo said.

However, Dr Boye, who is also a Deputy Health Minister, said the problems facing the banks were systemic, and the government upon assuming power in 2017, did not just decide to revoke the licences of the banks for the sake of it.

“The banks didn’t go down in a day. There is a record to show that they went through prolonged systemic and administrative challenges that led to their collapse,” he stated.

Dr Boye said that Central Bank was mandated by law and there were fundamental basics one must meet before licenses were renewed, and “if ‘books don’t support a renewal, then there would be no basis for renewal.”

He said “if banks fails to meet the requirements and their licence are revoked, that in itself is not a concession of their collapse,” he said, and urged Speaker Mike Oquaye to expunge Mr Adongo’s claims from the records of proceeding because “it is not a statement of fact.”

Noting that only the Bank of Ghana had the power to grant a license and revoke same depending on circumstances, Speaker Oquaye asked Mr Adongo to withdraw his claim because the bank exercised its constitutional mandate independent of central government.

“To insinuate or to state that the government has collapsed banks is totally fallacious and it must be withdrawn,” Mr Oquaye ruled.

In a revised position, Mr Adongo said “Bank of Ghana collapsed the banks and requested government to pay the cost.”

But, Dr Boye maintained the word ‘collapse’ could not be used in the action of the Central Bank because it connoted negative intent on the part of government, a position Mr Oquaye again upheld.

The licences of nine banks including Unibank, GN, Royal, Heritage, UT, Capital, Biege and over 400 microfinance institutions were revoked for mismanagement after they failed to meet the GH¢400 million capital adequacy threshold by the Central Bank, between 2017 and 2018.