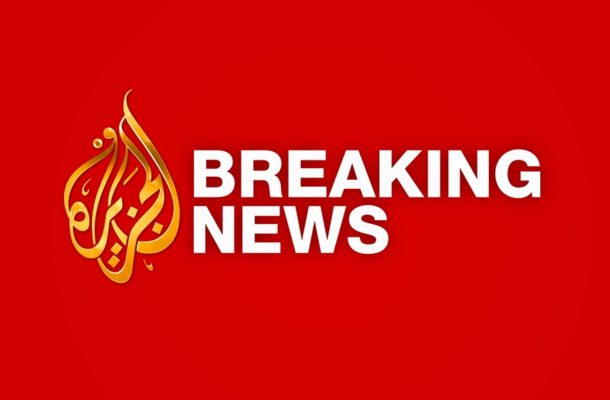 Israel launched air strikes on Gaza hours after rockets were fired near Tel Aviv, raising fears of a major escalation in the Israeli-Palestinian conflict.

The Israeli military said it was attacking "terror sites" in Gaza, hours after it said two rockets were launched from the enclave at the Tel Aviv area.
The attacks were taking place in the southern Gaza town of Khan Younis, about 25km south of Gaza City.
The rocket fire on Tel Aviv, the first since 2014, marks a significant escalation that raised the likelihood of a harsh Israeli reprisal.
The rockets triggered air raid sirens across the city - about 80km north of Gaza - which is Israel's densely populated commercial and cultural capital.
Naftali Bennett, Israeli's security minister, accused Hamas of responsibility.
"It's time to defeat Hamas. It's time to act unilaterally and demilitarise Hamas in order to defend Israeli citizens," said Bennett.
Warplanes could be heard flying overhead in Gaza City, where smoke from the explosions could be seen in the distance.

Vow to take action
Hamas denied responsibility for the attack on Tel Aviv, saying the rockets were launched when the group's military wing was meeting with Egyptian mediators to try to strengthen a ceasefire with Israel.
In an unusual step that indicated Hamas was attempting to prevent further escalation, the interior ministry said the rocket fire went "against the national consensus" and promised to take action against the perpetrators.
Brigadier-General Ronen Manelis, the Israeli army's chief spokesman, said officials had no prior warning of the attack and were trying to determine who fired the rockets.
Israel holds Gaza's Hamas rulers responsible for all fire out of the territory.
The rocket salvo caused no damage or casualties, but it rattled Israeli nerves ahead of an April 9 election in which Prime Minister Benjamin Netanyahu is seeking a fifth term on the strength of his national security and diplomatic credentials.
Netanyahu rushed to the military headquarters in Tel Aviv and was conferring with senior army officials.
Tel Aviv Mayor Ron Huldai said he had ordered the city to open public air raid shelters as a protective measure. But he said there were no special instructions and encouraged residents to stick to their daily routines.
"Continue life as usual," he told Channel 10 TV. "Be calm, but be alert."
Gaza is controlled by Hamas. Israel and Hamas have fought three wars since the group seized control of Gaza in 2007. Hamas possesses a big arsenal of rockets and missiles, but it has sought to contain violence with Israel since the last war in 2014.Source: aljazeera.com