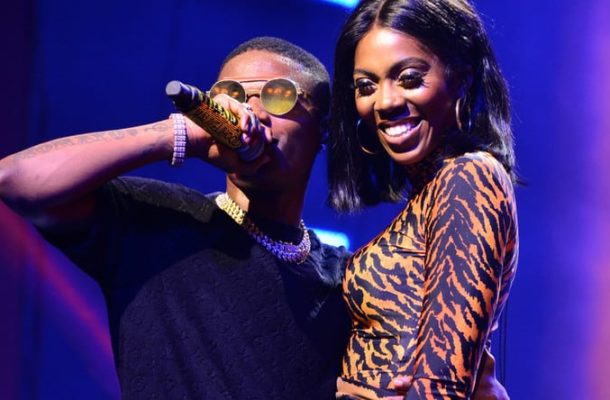 Nigerian music stars, Tiwa Savage and Wizkid all but confirmed dating rumours when they kissed on stage at the latter’s Starboy Fest concert in Paris yesterday.

The duo, after their electric performance of their 2017 collaboration “Malo”, hugged and shared a kiss on the stage. Wizzy was also spotted grabbing the bum of the 39-year-old mother-of-one.

The rumoured couple after their sultry performance got people talking on social media, with the public believing their performance is a confirmation of their relationship.

Tiwa herself also took to social media to react to her performance with the Starboy.

Sharing a photo of her flaunting her butt in denim, she wrote that her bum was soft to press.

?ref_src=twsrc%5Etfw">October 27, 2019
Check out the performance everyone is talking about below…