Issah Yakubu seals a permanent move to Kuwaiti side Al-Arabi. 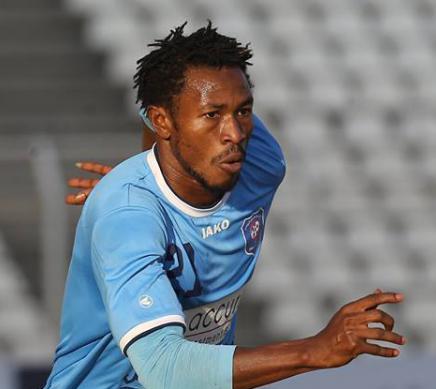 Yakubu, moved to Al-Arabi  on loan from  Lebanese side Al-Ahed  in 2019 but  completed his professional  in a free transfer deal, to the end of the current season.


Issah Yakubu is in the green list instead of the Brazilian, who was recently discontinued, given his failure to gain the confidence of the technical staff led by coach Darko.
In this way, Issah Yakubu joined the Syrian Ahmed Al-Saleh and the Spanish Xavi Torres alongside the Libyan Senussi Al-Hadi and the Ivorian Henry.

The administration of the ball in the green castle closed the file of the new contracts, in light of its efforts to enhance the team's capabilities to occupy an advanced position in the local league, along with competition for the Prince Cup title after achieving the crown prince’s cup