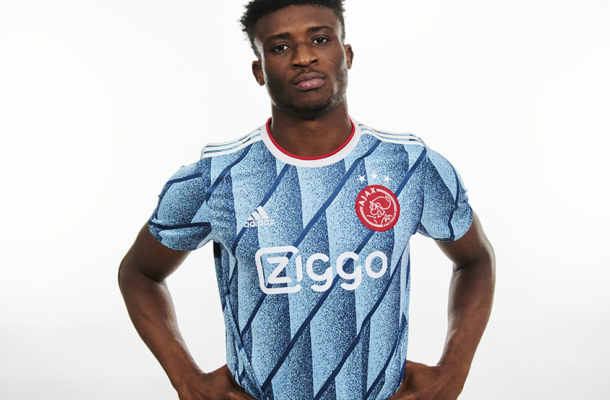 Sporting Director of FC Norsdjaelland Jan Laursen says it is no coincidence talented Ghanaian midfielder Kudus Mohammed has reached where he is now.

Having joined the Danish side in 2018, the youngster did not waste time at all settling in at the Danish club before earning promotion from the reserve side to the main team where he was unstoppable.

The Ghanaian joined Ajax in a deal worth 9 million euros and he is expected to be a replacement for new Chelsea signing Hakim Ziyech.

According to Jan Laursen, the player's talents was glaring even during his time with Right to Dream Academy and is not surprised about the heights he has reached as much is expected.

“Kudus’ journey and development with us has been fantastic. A huge gift must be given to Kudus himself and to the many coaches, staff members and teammates who have contributed to the big step he is now ready to take."

“That the choice ends up falling on Ajax is the result of a very long and thorough process where they have followed him closely and they have been really thorough and laid out a plan for him so that his development can continue and we hopefully all will could see him realize the enormous potential of the future."

“It is no coincidence that Kudus has reached where he is now and that he could strike so quickly in FCN and Denmark. His time at the Right to Dream academy has shaped him into the strong player and strong man he is today, and the many tournaments he played with his future teammates in FC Nordsjælland at our joint international academy have had a great impact on, that he felt welcome and ready to perform both humanly and as a football player."

He scored 12 goals from midfield for FC Nordjaelland in 25 appearances in the Danish Superliga.


The youngster made his Black Stars debut last November against South Africa in the Nations Cup qualifier where he scored the second goal.