It was easy choosing AZ Alkmaar over Ajax - Ernest Poku 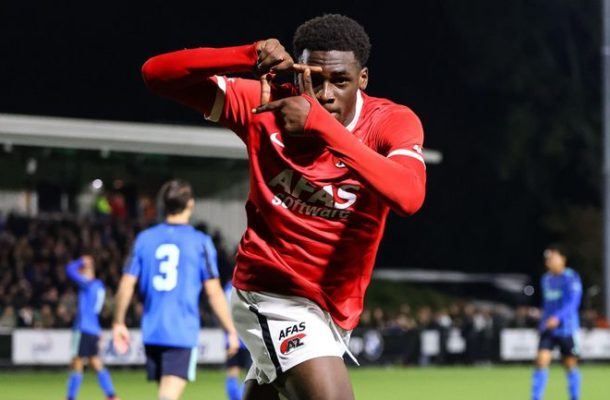 He says that at Ajax they wanted him to do a lot of extra test and training session to prove that he was good enough whiles at AZ, those test was not necessary.

Although Ernest grew up in Amsterdam, the choice between Ajax and AZ was not difficult.

"At Ajax I had to follow a number of extra test training sessions to show whether I was good enough. That was not necessary at AZ. The choice was made quickly for me. I opted for certainty and went to Alkmaar. That turned out to be a good choice afterwards.

The 18-year-old striker played 22 games for Jong AZ this season, four games in the Eredivisie and came in twice during European matches.

Those performances earned him a place in the selection of the Netherlands U19. In the run-up to the international qualifying matches, we spoke to him about his lightning-fast development at AZ. "I could choose between AZ and Ajax."