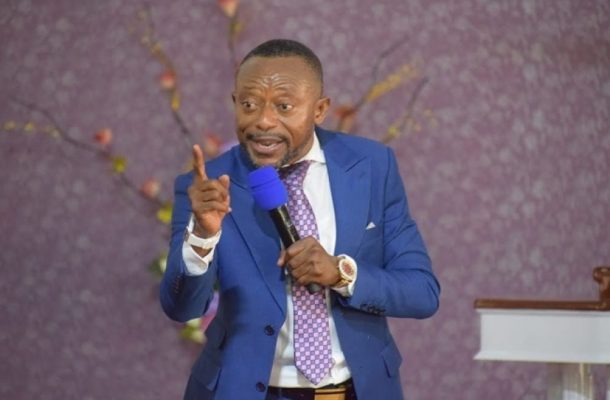 Founder and leader of the Glorious Word Ministry International, Apostle Dr Isaac Owusu Bempah has categorically stated that it will take the opposition National Democratic Congress (NDC) 15 to 30 years to come back to power.

According to him, the NDC should forget the 2020 general election, adding that it is not as if the NDC has offended God for which they will stay in opposition for a longer time, but there are factors which will keep them in opposition for many years unless they work towards it.

Mentioning the factors which will keep the NDC in opposition, Rev Owusu Bempah said aside the fact that in the spiritual realm former President Mahama cannot become President again, ditching people like Allotey Jacobs, Koku Anyidoho, Anita De-Soso, Yaw Boateng Gyan and the founder of the party, JJ Rawlings and his wife is a big mistake.

“The victory of the NDC will be very difficult for rejecting these people aside from the fact that in the spiritual realm, Mahama cannot become President again. These aforementioned personalities in the NDC that former President Mahama is not taking them serious and has rather gone for the likes of Sammy Gyamfi, it will be difficult for the NDC to win power,” he stated.

He added that the likes of Jerry John Rawlings and former President Kuffour are not to be rejected as their presence in their respective political parties adds more value and honour to the fibre and progress of the party; thus, supporting the party with their hearts and spirit keep the parties moving forward.

“I will urge the NDC to listen to good counsel and I don’t believe that the NPP will stay in power forever; maybe after 30 years or maybe after 15 years or some years, God will change for another person to come to power, but the NDC should put their house in order before they come back to power after many years”.

“If they put their house in order and add fervent prayer, they can come to power again but the most important thing is for them to put things in order. They should forget this 2020 election. It is not as if they have insulted God but it is God who chooses Kings or leaders for nations”, he stressed.

He said that those who pray for former President John Mahama should have told him from the beginning not to waste his time to stand for the 2020 general election; thus, he should have allowed another person to contest for the NDC as that would have helped the course of the NDC in the upcoming election.

He, therefore, cautioned the opposition NDC not to bring former President John Mahama after the 2020 general election defeat but pave way for other candidates like Professor Joshua Alabi, Hon Kingsford Alban Bagbin and other knowledgeable people to stand for the party.

“The reason is that former President Mahama is done with his work as a President and so I will advise the NDC not to bring him again after the 2020 general election. They should look for another candidate to stand for the party; that will be better for the NDC. They have Professor Joshua Alabi, Alban Bagbin and other possible candidates who qualify for that position in the party,” he cautioned.

He was however optimistic that some top-notch in the opposition National Democratic Congress (NDC) will vote for the governing New Patriotic Party (NPP).