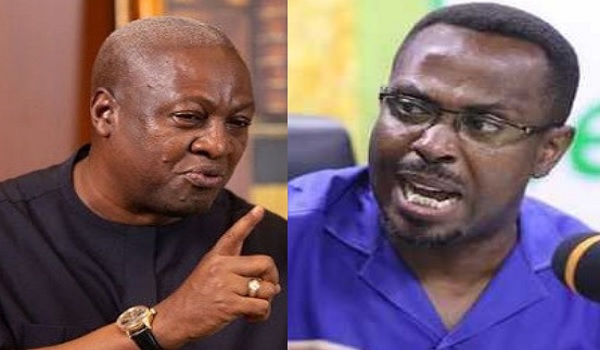 Central Regional Minister, Mr. Kwamena Duncan, has belittled the Presidential candidate for the opposition National Democratic Congress (NDC), Mr. John Dramanai Mahama over his delay in launching the party's manifesto ahead of the upcoming 2020 general elections.

According to him, it is a shame that the ex-President cannot launch his manifesto with barely 3 months to the general elections.

His outburst comes after the NDC postponed the launch of its 2020 manifesto to an undisclosed date.

The party had earlier slated the launch for Monday, August 31, 2020, but later informed its members and the general public it will not come off as scheduled giving the reason that they have to consult with the party's Council of Elders before the manifesto could properly be unveiled.

He wondered how he [Mahama] wanted to be re-elected as Head of State when he and his party cannot even take  firm decisions on the launch of their manifesto.

He urged Ghanaians to vote against the candidature of the former President saying ''the leadership of President Mahama is so poor that nobody should be thinking about him as a leader".

He continued: "Your words are not firm. You keep on vacillating; jittering. You say something today and change it tomorrow''.

He also questioned: ''The things you didn't believe in the last two-three years, today you're believing in them. So, as a leader, what do you believe in? What do you stand for?''.