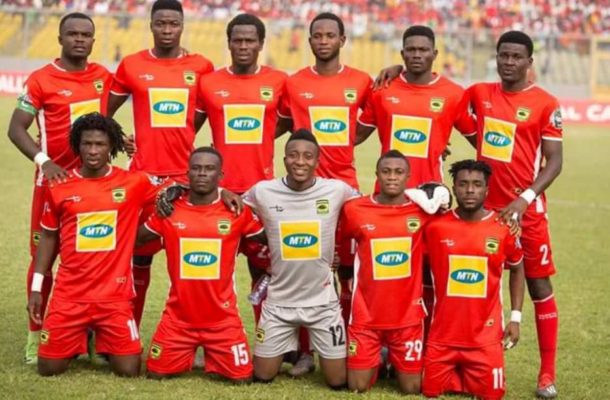 Prominent football prophet Seer Gyan has released fresh set of football prophecies with most of them predicting doom for Kumasi Asante Kotoko as they adopt Accra Sports Stadium as their new home grounds for the remainder of the 2019/2020 season.

Earlier in the season the popular prophet predicted that Asante Kotoko will witness some poor results in the league season but If they are able to endure and stick with their current coach Maxwell Konadu, the club will sweep every domestic title next season.

And with Asante Kotoko having a somewhat topsy turvy season, It appears his prediction is working.

Kotoko have now been locked out of the Baba Yara Sports Stadium by the managers of the Stadium, National Sports Authority(NSA) for renovation works.

This the prophet believes choosing the Accra Sports Stadium will make them spiritually vulnerable and poor result will definitely follow.

"I prophesied Kotoko will draw a lot of their games before the start of the season and let me confirm to you that the decision of the club to play it's home game at Accra is going to fulfill that."