It's just a hobby! - Ben Ephson on Konadu's return to contest election 2020 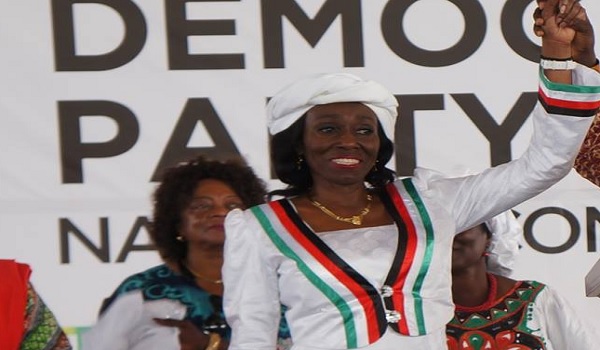 The return of former First Lady, Nana Konadu Agyemang Rawlings to participate in the upcoming December polls is just a hobby, pollster, Ben Ephson has said.

The Managing Editor of the Daily Dispatch newspaper, said Thursday, September 3, 2020, that the founder and leader of the National Democratic Party (NDP), an offshoot of the opposition National Democratic Congress (NDC), would be better off staying away following her poor showing in the 2016 elections.

“Looking at the number of votes she had that is about 16, 000 representing 0.16 percent of the total ballot cast, which could not even cross 17, 000 and given her age which is also about 70 to 71 years, I am sure she is just contesting for the seat as a hobby,” he said.

Her coming back will only show records of her contesting again but to win again might be a yes or no answer to be decided by the electorate, he reiterated.

Meanwhile, the NDP will be holding a congress on Friday to affirm and outdoor the candidature of Konadu Agyemang Rawlings as their candidate for the 2020 presidential election.

The occasion will be graced by her husband and ex-President, Jerry John Rawlings, who is expected to be the guest speaker at the function.

The NDP was founded in October 2012 by the former First Lady after she fell out with the mother group, the NDC.

She was disqualified in the 2012 presidential election but subsequently contested again in 2016 as the presidential candidate on the ticket of NDP.