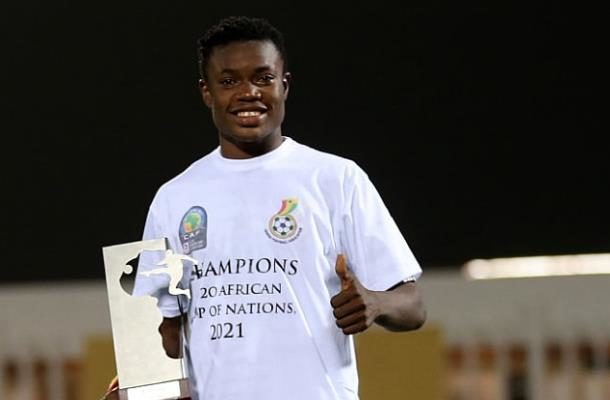 Representative for 16 year old Black Satellites midfielder, Abdul Issahaku Fatawu has denied reports in the local media that his client has fielded a mammoth contract offer from Swiss side FC Basel.

There were reports suggesting that the player of the U-20 AFCON tournament is on the brink of joining the Swiss side something his agent Prince Umar has denied.

It was reported on Tuesday that the youngster had an offer of $1million on the table from FC Basel with a juicy pay packet.

He has however confirmed that there are a lot of offers on the table from clubs scattered across Europe since his outstanding display for the Black Satellites in Mauritania at the AFCON U-20 tournament but Basel is not part of the chasing pack.

‘’I am seriously surprised where the news is coming from, that is completely untrue," Prince Umar told SportsworldGhana.com.

"I can tell you that indeed, we have received a lot of offers for Fatawu after the U-20 AFCON in Mauritania but I can also tell you that FC Basel is not one of those clubs we are in talks with,’’ added Prince Umar Ibrahim, former manager of Torric Jebrin, Kofi Abanga and Ibrahim Dauda.

The Steadfast FC youngster is currently training with the Black Stars after being handed a call up by coach C.K Akonnor for the AFCON qualifier double header against South Africa and Sao Tome and Principe.