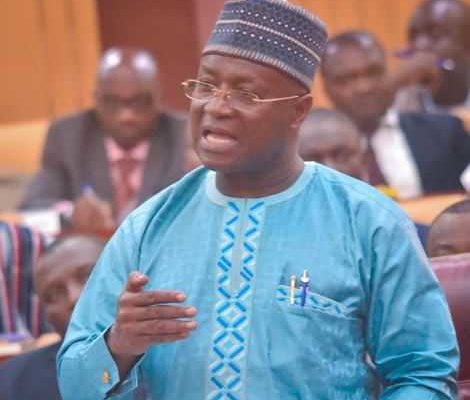 Majority leader in Parliament Osei Kyei Mensah-Bonsu has intimated that it will not be wise on the part of the New Patriotic Party which has been tagged an ‘Akan party to present another ‘Akan’ after the tenure of Nana Addo Dankwa Akufo-Addo.

According to him, presenting another ‘Akan’ as its flagbearer will give credence and validate the assertion that the NPP is an ‘Akan party and is no respecter of other ethnic groups in the country.

He made this known while speaking on Accra-based Joy News’ “The Probe” which was monitored by MyNewsGh.com.

Osei Kyei Mensah-Bonsu said, for this reason, although he qualifies to contest for the flagbearership of the party, he has decided to drawback.

“Inwardly, I know also I have the competence but is it wise for me now immediately after two Akans; Kufuor had been the president, Akufo-Addo follows from the Eastern Region and there is a third Akan to follow? Doing introspection, I think it may not hold well for a party that is accused by some as being overly Akanistic party. But not everybody agrees with me. And that is the beauty of democracy,” he said.

On whether he will support the Vice President of Ghana if he contests for the flagbearership of the party considering the fact that he is not an ‘Akan’ the Majority leader said “Well, I said these are early days, in the future when I have to stick out my neck, I would stick my neck out. For now, I think these are too early days. We must be working towards repositioning the party to retain power. That is the most important thing. There shouldn’t be any distraction”.

The heat of who takes over from Nana Addo Dankwa Akufo-Addo after he serves his second term as President continues with several members of the NPP declaring their support for their candidate in the party.

This has brought about some form of infighting especially with the exchange of words, especially on social media by followers of these factions of the party.

However, the party’s leadership has called for calm heads to prevail in the party to ensure that they are focused on delivering a transformed Ghana to the people.