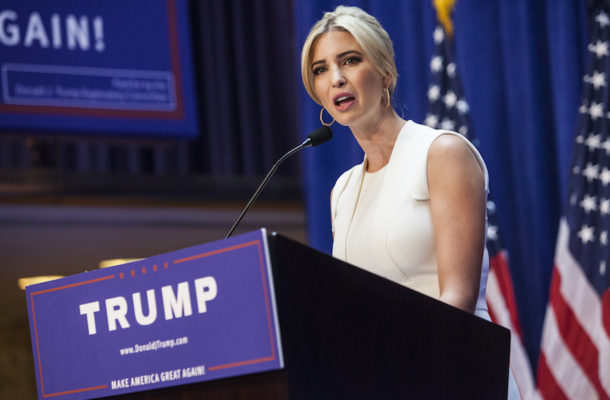 Ivanka Trump has hit back at the Italian shoemaker who accused her of stealing its designs and producing cheaper knock-off versions.

Donald's daughter has filed court documents rebutting the claims of Aquazzura, which had pointed out similarities between several of its own designs and the Ivanka Trump brand.

In the documents obtained by DailyMail.com, Ivanka denies she engaged in any 'unfair competition or deceptive trade' and is demanding the entire lawsuit be tossed out of court.

Aquazzura's Wild Thing pump has been worn by Kendall Jenner and Solange Knowles.

In June the fashion designer's business filed a federal lawsuit against Ivanka and her licensing company.

It claimed Ivanka's Hettie stiletto was identical to their Wild Thing pump, which has found a following among celebrities including Kendall Jenner and Solange Knowles.

The Italian shoe company pointed out in their complaint that the color, silhouette and fringing design of Ivanka's closely matched their own.

Style maven Olivia Palermo poses in £375 Aquazzura sandals. The brand has found a celebrity following since it began in 2011

According to the lawsuit, Ivanka is also accused of ripping off two other shoes: its Belgravia shoe, rebranded under the name Necila, and Aquazzura's Forever Marilyn shoe, labelled as a Teagin Pointy Toe Pump with Tassel.

The company filed a federal lawsuit demanding an injunction from Donald's daughter, as well as accounting for all profits made from the shoes they believe were ripped off.

Matthew Burris, the CFO of Ivanka's licensing company, released a statement after the lawsuit was filed claiming,

'This is a baseless lawsuit aimed at generating publicity. The shoe in question is representative of a trending fashion style, is not subject to intellectual property law protection and there are similar styles made by several major brands.'

Ivanka is now demanding that the court dismiss Aquazzura's case and pay for her legal costs. 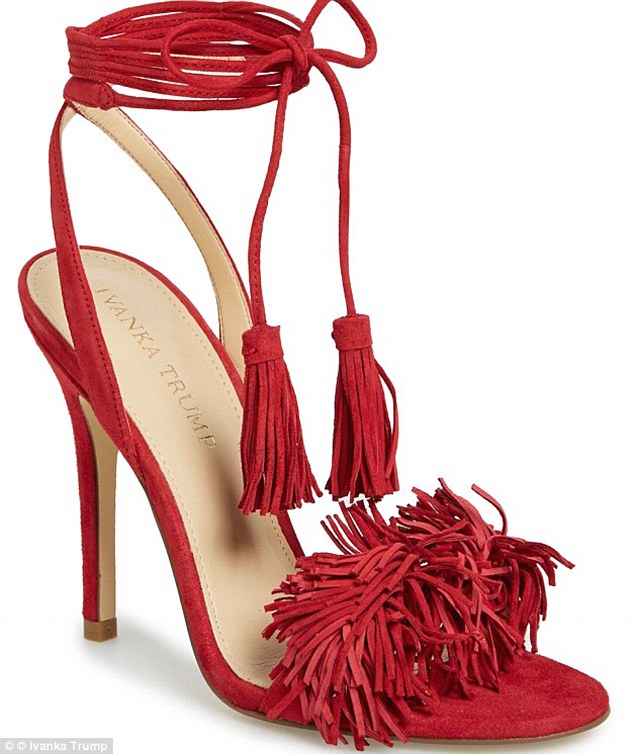 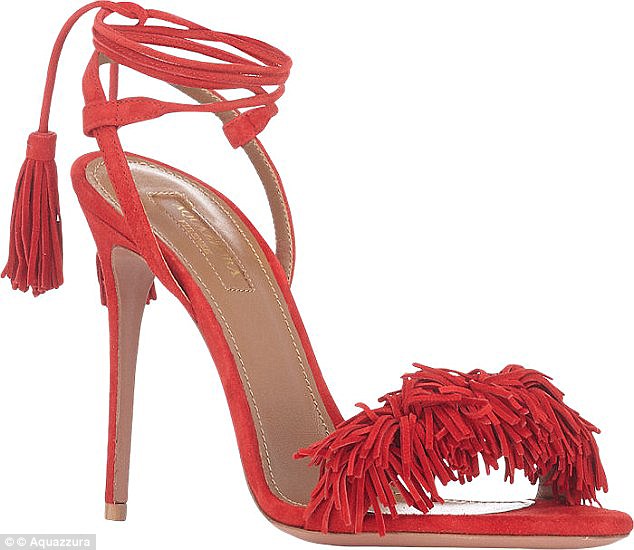