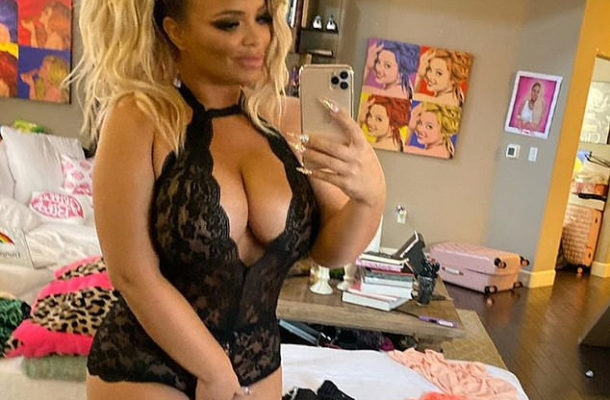 YouTube star Trisha Paytas has opened up about feeling uncomfortable in her female body after she was heavily slammed for coming out as a transgender man while still identifying with her 'natural-born gender.'

The 31-year-old Celebrity Big Brother star appeared as a guest on Wednesday's episode of The Doctors, where she addressed her controversial comments and even broke down in tears.

'I don't like labels. For me, saying I’m transgender was just a thing to say because it’s what people want to label me as — a female, who’s a male,' Trisha explained.

'I was born female, but even from a young age I had a hormonal imbalance where I knew I wasn't female.'

When asked if she has considered physically transitioning into a male, Trisha said she hasn't because of what she does for a living but noted that she does want male body parts. 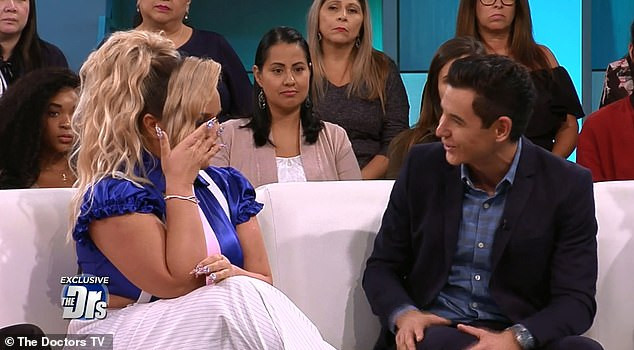 'I always have because it just makes dating easier. I’ve dated gay men and this is what offended people in my video is when I date gay men, a lot of gay men think I’m not man enough because I don’t have a penis.'

Trisha said she has 'always been very uncomfortable in the female body,' but her feelings conflict with her work.

She explained that even though she thought of herself as a man from an early age, her job when she worked as a stripper and an escort was to 'give guys what they want.

'It's what my job is, so I don't consider transitioning because my job is this.' 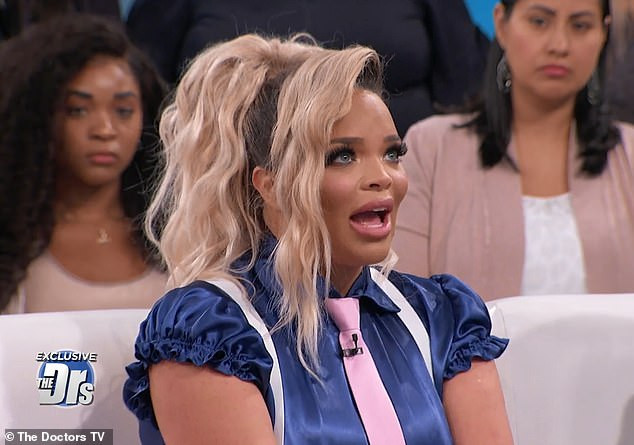 During the interview with psychotherapist Mike Dow, he also spoke on her conflicting feelings, saying it doesn't 'fit under the normal idea of what a transgender person is.'

'I actually believe you are a transgender person,' he told her.

'The fact that your assigned sex at birth was female, but in your brain, you feel male, that, to me, meets the classification for a transgender person,' he added. 'It's not so much if you ever have a surgery. It's about the way you feel.'

Trisha started to tear up after hearing what he had to say about her gender identity. 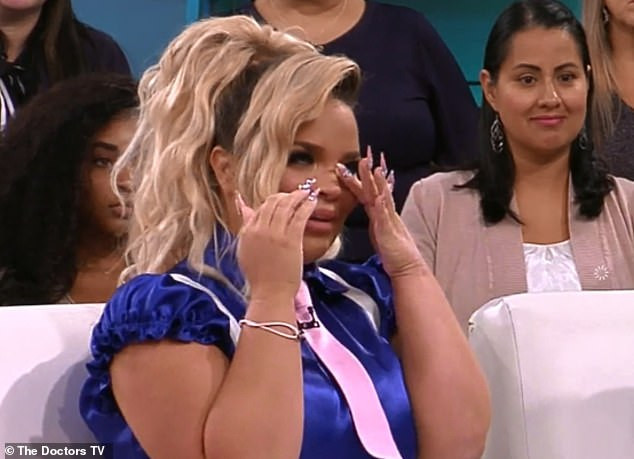 'I wasn't going to cry,' she said, wiping away tears.

'You're just the first person out of LGBTQ that I don't know on a personal level, that's accepted me. It means a lot because so many people think I'm faking this and it's just so hard.'