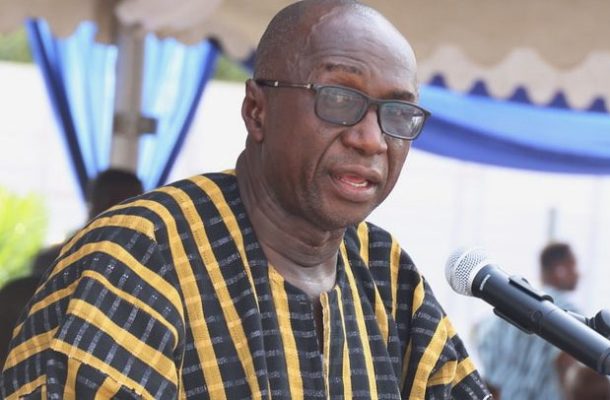 Minister for the Interior, Ambrose Dery

Minister of Interior, Ambrose Dery has denied allegations from the minority in Parliament that security personnel were sent to the Volta Region to prevent people from registering in the upcoming voters registration exercise.

According to the Interior Minister, the security personnel were sent to the Eastern border since the outbreak of COVID-19 in Ghana.

“We closed the borders as part of the COVID-19 Protocols. Our experience over the time is that the Eastern border continues to give us a course for worrying because people are still coming in. We have discovered over 250 unapproved routes. The police and military being there is protect our borders. If you look at our neighbours they do not have the testing records we have. Togo, Burkina Faso, La Cote d'Ivoire do not have the testing records. We are doing all we can to prevent COVID-19,” Mr Dery noted.

Mr. Dery added that the government would not prevent qualified Ghanaians from registering during the voters registration exercise.

The Minority in Parliament has accused government of deliberately sending security personnel to border towns in the Volta Region to prevent people from taking part in the upcoming voters registration exercise.