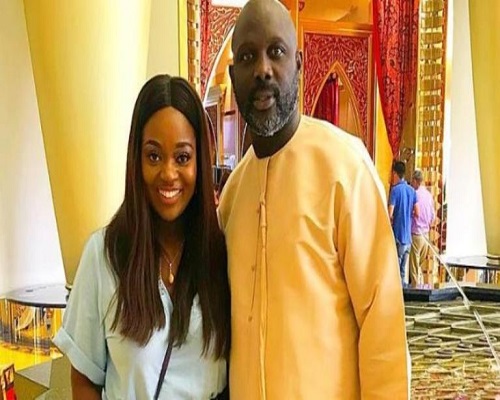 Few days ago, a new video of revered Ghanaian actress Jackie Appiah got a lot of social media users confused as the actress seemed to have gained unusual weight.

Jackie was captured during the Adonko Next Level lunch. In the video , the actress was seen looking a bit heavier than she generally is.

According to aba_the_great1, Jackie Appiah is the first lady of Liberia which implies that the actress is pregant for President George Weah.

The blogger, Aba The Great One, stated on Instagram that the actress is ‘heavily pregnant’ as she posted a photo of Jackie’s fat stomach. She also alleged that Jackie is the first lady of Liberia, the country led by President Oppong Weah.

This allegation from the blogger might be as a result of a photo of the actress in a pose which she shared on her wall some time ago to congratulate George Weah for emerging President.