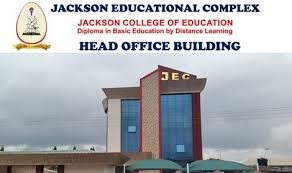 The Jackson's College of Education(JCE), spearheading private distant learning of diploma in basic education, has discounted claims by some past students that the management of the College is deliberately refusing to facilitate their postings after a successful completion of the three-year professional course.

A press statement signed by Michael Ampong, Communications Leader of the College a copy of which was made available to the Ghana News Agency, insisted that the College, counter to the allegations, had taken conscientious steps to ensure that its graduates have been employed in various public and private educational institutions in the country.

The statement reacting to a press release purportedly to have been issued by a group of disgruntled past students and making the rounds on some media platforms said in 2014, 1,700 of the JCE graduates who were formerly untrained teachers already working in the Ghana Education Service (GES), had their engagements firmed up.

'Since the JEC operates a distance learning module, a good number of our students - untrained teachers, are already working in the rural areas and are pursuing the course to regularize their engagements in the education service, whiles also upgrading themselves for promotion', the statement added.

This followed efforts initiated by Mrs Theodocia Jackson Principal of the College, who met with the then Acting Director -general of Education, Mr. Charles Aheto-Tsegah and impressed on him the need to place the graduates where vacancies existed in the educational sector, the statement said.