James Avedzi explains why NPP is not Majority party in Parliament 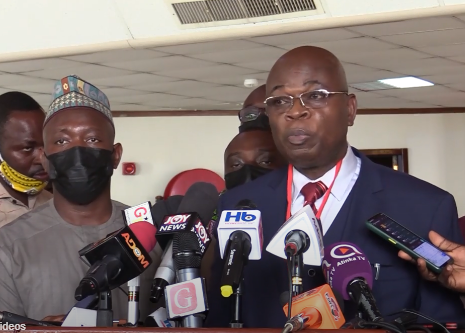 Deputy Leader of the National Democratic Congress caucus in Parliament, James Klutse Avedzi has rubbished claims by NPP MPs regarding which side of the house is the Majority in Parliament.

Reacting to a ruling by the Speaker of Parliament, Alban Sumana Bagbin, following an official letter submitted by Independent MP for Fomena to do business with the NPP caucus, Mr Avedzi chided the governing party for misleading Ghanaians about being the Majority party in the house.

Speaker Alban Bagbin told Members of Parliament during the House’s first sitting on Friday, January 15 that, “What we have now, you have the New Patriotic Party wing or caucus in Parliament together with the independent Member of Parliament from Fomena, and they now constitute the Majority group.”

Interpreting the declaration to journalists in Parliament, the MP for Ketu North averred that although the term ‘group’ was new in the House it did not render the NPP Caucus as the Majority party in Parliament.

“…now the group is something new to all of us, so the leader of the NDC, Hon Haruna Iddrisu demanded from the speaker to explain what he meant by Majority group…

Prior to the first sitting of the 8th Parliament, Ghanaians were in earnest anticipation of which side of the House will end up being the Majority as some seats were in contention in court, while Independent MP for Fomena, Andrew Asiamah Amoako was yet to formally decide which divide he would do business with.

But the ruling by the Speaker of Parliament has failed to bring finality to the debate by both members of the NPP and NDC caucus as the term ‘group’ has raised more questions than answers.