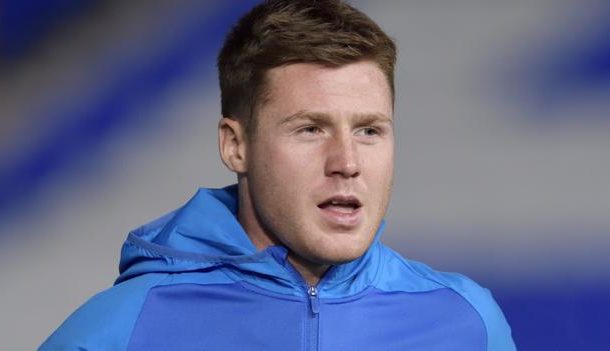 Everton midfielder James McCarthy could return during the festive period after 11 months out with a broken leg.
The Republic of Ireland international, 28, fractured the tibia and fibula in his right leg against West Brom in January.
The Toffees play four games in 10 days from 23 December to New Year's Day - the joint-most demanding schedule with Tottenham, who they face on Sunday.

"James is getting better," Everton boss Marco Silva told Everton TV.
"It is good to have all of the midfielders available. We will need all of them. It will be important in a busy month."
Silva added he cannot guarantee McCarthy will appear in a series of "tough" games, with Everton, who are currently eighth in the Premier League, facing Burnley, Brighton and Leicester after Spurs.
"I know games will give him a better condition, but we are playing tough, tough matches and it is not easy to give him what everybody knows will help him get better, which is minutes in those games," said the Portuguese.
"But he is a worker and I really like him."
McCarthy had surgery on his leg after sustaining the injury in an accidental collision with Salomon Rondon, who now plays on loan at Newcastle.
The injury occurred in only McCarthy's fourth league appearance of last season, having previously had two lengthy spells out with knee and hamstring injuries.Source: bbc.com