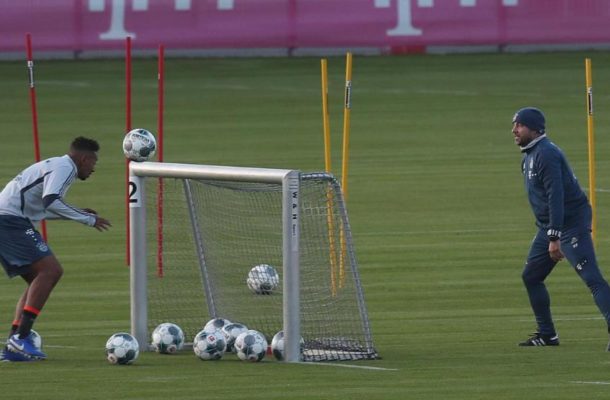 At 15.30 GMT the 2014 World Champion entered the training ground and coach Flick had already set up the compass stations. After two warm-up rounds with the coach Boateng started with his training. 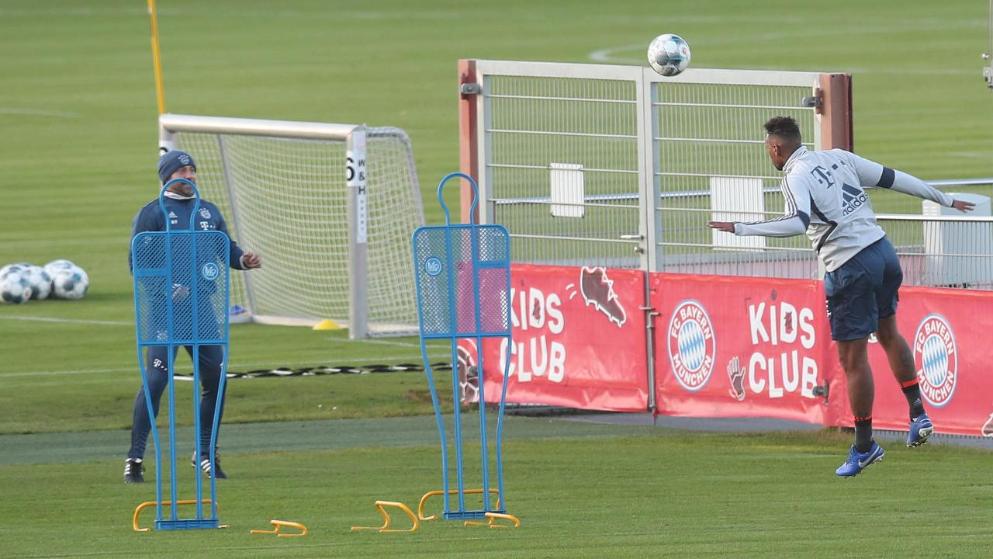 Among the drills the 30 year old defender did included  fitness work and head balls including coordination exercises.

He also used resistance ropes as well as dribbling through bars.

At the end of the one-hour session, Flick threw balls at Boateng in quick succession.

The central defender then had to shoot directly into small goal post and headed balls thrown at him.

His best among the shooting drills was hitting ten goals into the small goal post in a time off 10.70 seconds. 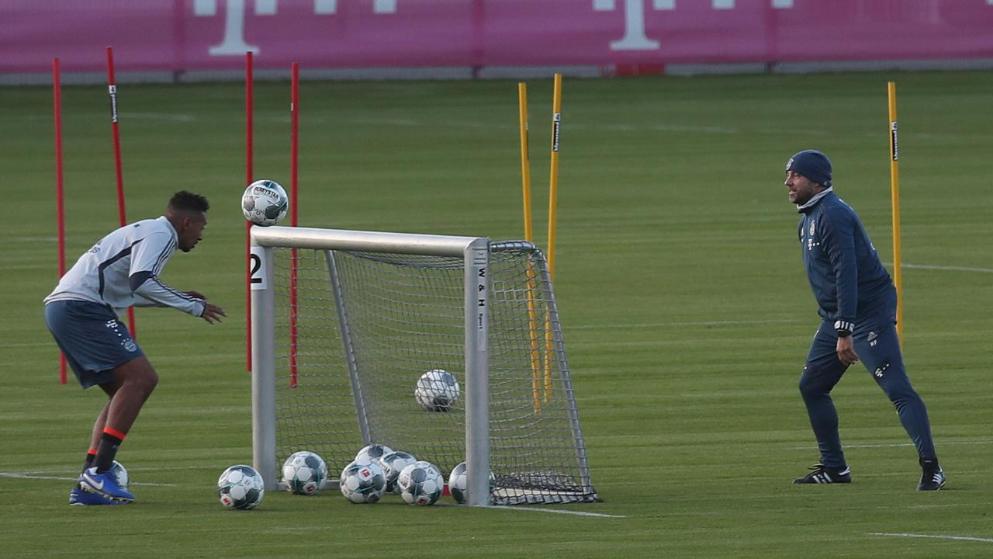