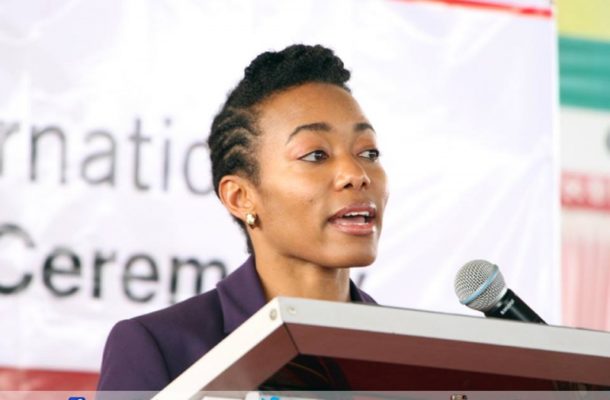 Media practitioner and host of Metro TV’s Good Evening Ghana, Mr. Paul Adom-Otchere, has established that Dr. Zanetor Agyeman-Rawlings could gather more votes from her constituency in the forthcoming 2020 December elections due to the demise of her father.

In what he termed as the “JJ factor in the Zanetor Rawlings equation”, Mr. Adom Otchere reiterated that the Klottey Korle MP might benefit from massive votes in the constituency because her father has countless loyalists there.

“With this sad event occurring, the equation in Dr. Zanetor Rawlings’s constituency changes. We believe that the loyalists of JJ. In the constituency will do the magic. You will find a lot of loyalists of JJ there because that’s where he lived, did all his stuff. All the boys he used to hang around with are still there. Even the 64 infantry battalion which is the loyal military group to Rawlings lived in the constituency. So JJ Rawlings has a loyal base there. Although these people already vote for Dr. Rawlings, we believe that they will think that she has been through so much, that is; her grandmother died and now her father and as such, they wouldn’t want to end the year horribly for her. They might want to save the little girl by turning out in their numbers to vote for her,” he projected these analyses on the Good Evening Ghana show.

He added that the Ghanaian sympathetic nature could also determine her win in the 2020 election polls thereby encouraging the NPP to work extra hard in order not to suffer defeat.

“They might vote massively for Zanetor not because of NDC or herself but as a result of the natural Ghanaian sympathetic situation so the NPP must work extra hard,” he stated.

Meanwhile, the Director of Elections for the National Democratic Congress (NDC), Elvis Afriyie Ankrah has charged electorates to massively endorse the party in the December 2020 polls.

He believes that Ghanaians need to honor former President Rawlings with a victory for the NDC.
Source: ghanaweb