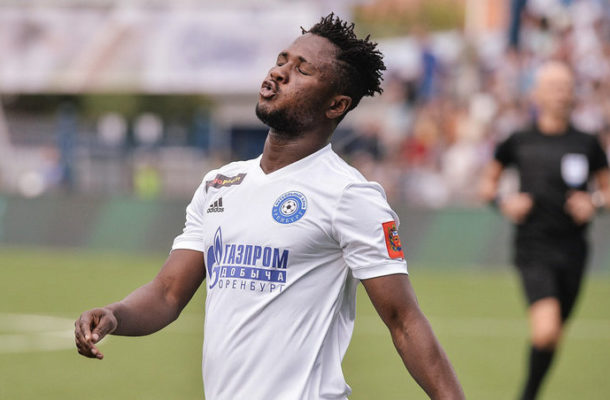 Ghanaian striker Joel Fameyeh was on target for his Russian side FC Orenburg  on Wednesday.

FC Orenburg thumped FK Shinnik Yaroslavl 3-0 in the Russian second division league with the striker scoring the second goal of the game.

The former Asokwa Deportivo marksman scored the second goal in the 38th minute to double the lead after Nikolai Prudnikov.

Ziga Skoflek scored the third and final goal to ensure victory was sealed in style.

Famayeh was making his eighth league appearance for the leaders who preserved their five point lead.