John Dumelo doesn't deserve to be in Parliament - Socrates Sarfo 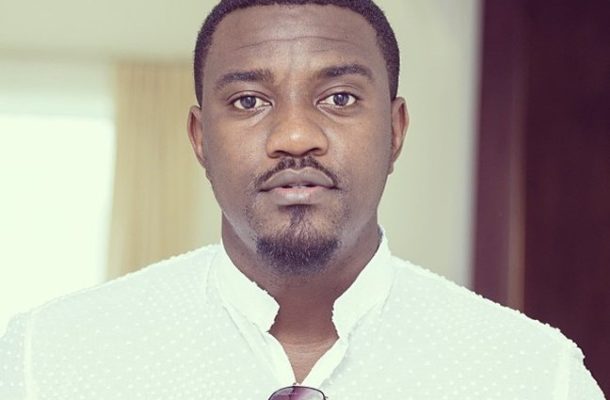 Movie Producer, Socrates Sarfo, has taken a jab at actor John Dumelo who is running for Member of Parliament (MP) for the Ayawaso West Wuogon constituency in the Greater Accra Region.

John Dumelo has been elected Parliamentary candidate on the ticket of opposition National Democratic Congress (NDC) and will be competing the sitting MP, Madam Lydia Seyram Alhassan, in the impending national Parliamentary elections on December 7th this year.

The actor, in an interview with Umaru Sanda on Citi TV, outlined his vision for the Creative Arts industry when elected MP saying he would introduce transformative initiatives to develop the Arts sector.

John Dumelo's commitment to his vision might be solid but not everybody in the Creative Arts industry supports his Parliamentary candidacy.

Socrates Sarfo is one person who thinks the actor doesn't deserve to go to Parliament.

"It's not every creative person that is a creative person for us to push him. No! There are creative people who don't have what it takes to be in leadership...John Dumelo, as industry, we meet and plan how to fix the industry's challenges but I've not seen him in even one meeting...Such a person doesn't have leadership qualities," he asserted