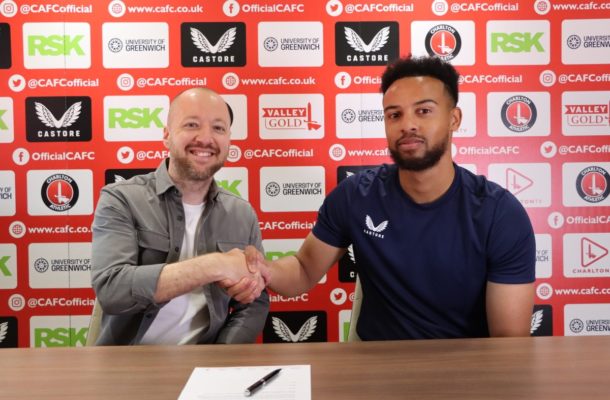 Black Stars goalkeeper Jojo Wollacott is set to fetch his new club Charlton Athletic a decent windfall from FIFA for playing in the 2022 Qatar World Cup.

FIFA will share a total of $209million for all clubs whose players will feature at the mundial proportionally.

Barring any injuries, Wollacott will play at the 2022 FIFA World Cup for Ghana and even as the number one goalkeeper for the Black Stars.

He joined League One side Charlton Athletic from Swindon Town as a free agent on Thursday, 23rd June, 2022.

Calculations for the money paid to clubs will be done two weeks to the World Cup till the player's team is ousted, if Wollacott helps Ghana reach the World Cup, he will fetch Charlton Athletic $255,914.

"A total of $209 million (£142m) will be distributed among the clubs releasing players to the participating teams in the 2018 FIFA World Cup (in Russia)," FIFA said in a statement.

This agreement was reached in 2015 with the European Clubs Association(ECA) and other relevant bodies in 2015.

"The same amount has been agreed for the 22nd edition to be staged in Qatar in 2022."

The Distribution Amount (USD 209 million gross) is divided by the total number of days (around 24,500), which results in an amount per player per day of around USD 8,530 (subject to any taxes and deductions).


The amount of around USD 8,530 is multiplied by the number of days each player is at the final competition of the 2018 FIFA World Cup Russia, starting two weeks before the opening match until the day following the last match of his representative team(“Total per Player”).

It is not relevant whether or not the player actually played in any given match.

The Total per Player is distributed to the club(s) with which the player was registered during the two years before the final competition of the 2018 FIFA World Cup Russia.

In the event of doubt or ambiguity regarding the above calculation, delays in filings and any unusual, specific or special cases, FIFA decides on the payment and allocation on a case-by-case basis and its decision is final.