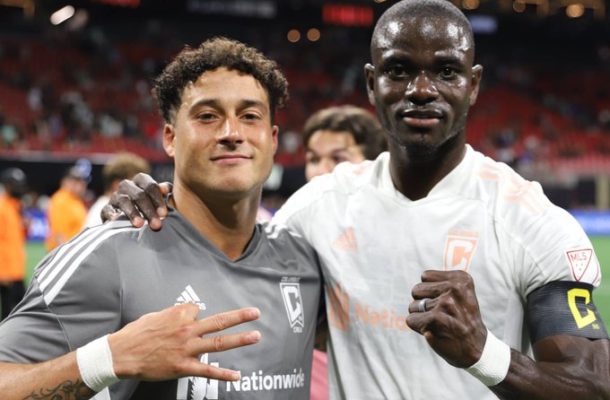 Ghana defender and Columbus Crew captain Jonathan Mensah scores his first goal of the 2022 MLS season on Saturday May 28th as his side defeated Atlanta United 2-1.

His goal after 57 seconds was the first Columbus Crew goal in the opening minute of a regular season game in the club's MLS history.

Mensah headed home a corner kick 57 seconds into the match at the Mercedes Benz Stadium to hand his side the lead.

It was his 13th appearance for the season for Columbus Crew this campaign.

The center back will depart the USA for Ghana ahead of the 2023 Cup of Nations qualifiers against Madagascar and Central African Republic.

His club teammate and compatriot Yaw Yeboah, who lasted 53 minutes on the pitch, will also be heading to Accra.