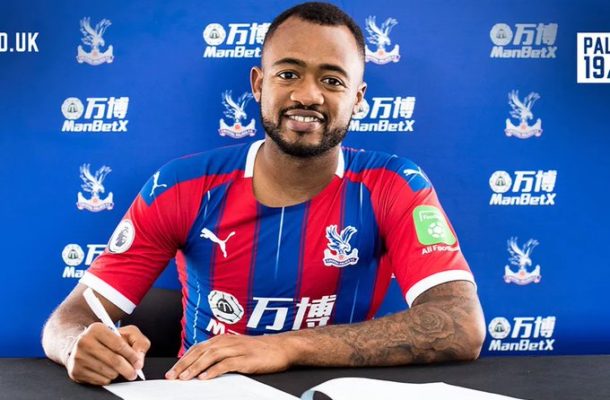 Ghana and Crystal Palace striker Jordan Ayew has extended his contract at the Selhurst Park for one year until 2023.

The 30 year old striker's contract would have expired at the end of the month but the Eagles have triggered a one year extension in his deal.

Ayew played 31 matches in the English Premier League for the Eagles scoring just three goals and providing three assists but his work rate and efforts off the ball has been an admirable trait despite his lack of goals.

There were talks that the Ghanaian will be let go by Patrick Veira and his club but he will at least stay at the London club for another season.

He helped Crystal Palace finish 12th in the  English Premier League but was sat on the bench in the last game where Palace defeated fallen giants Manchester United 1-0 despite scoring in his  previous game against Everton.

Ayew alongside Nathaniel Cyne, James McArthur and James Tomkins have all extended their contracts by one year.

Commenting on these extensions, Chairman Steve Parish said: "It remains of pivotal importance to get the right balance of youth and experience in any Premier League squad, and I’m delighted that we’ve been able to ensure that these long-standing and experienced players in Jordan, Nathaniel, James and James remain with us for the upcoming campaign.

"Each of them played an enormous role in the progress we’ve all enjoyed in the last year, and we very much expect similar contributions for the season ahead.”