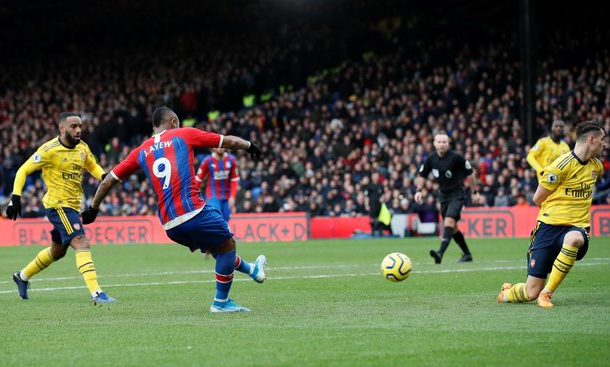 Arsenal captain Pierre Emerick Aubameyang opened the scoring in the 12th minute for the gunners but was later sent off for a dangerous tackle after consultations with the Video Assistant Referee (VAR).

Captain Aubameyang had put his side ahead with a well-worked team goal as Mikel Arteta's side dominated the first half.

It's the 6th goal scored so far in the Premier League for the Ghanaian striker who has scored twice against Arsenal this season.

Aubameyang was then sent off following a lunging tackle which caught Max Meyer on the left ankle, VAR overturning the initial yellow card he was awarded by referee Paul Tierney.

Palace, meanwhile, remain ninth in the Premier League table, one place above the Gunners.