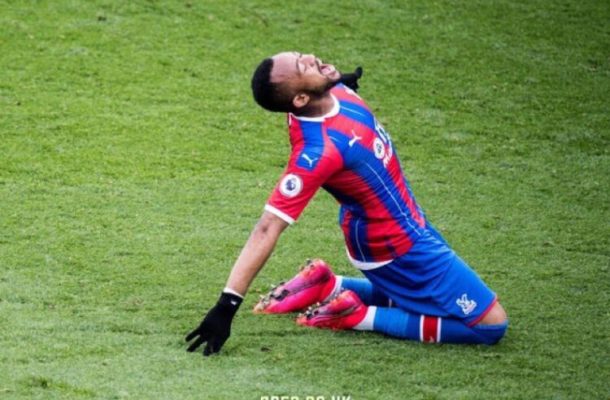 Ghanaian striker, Jordan Ayew scored his 8th Premier League goal of the season to give his Crystal Palace aide a 1-0 home win over Watford on Saturday.

The 28-year-old latched on to a James McArthur square pass inside the area to bend a shot straight into the right side of the goal to fire Palace to victory at Selhurst Park.

Palace gallantly defended the lead as Watford prevented them from scoring anymore before the game petered out.

Palace have been in fine shape and have won all their last three games scoring three goals with Ayew scoring two of the three goals.

His last two strikes have fetched six points for Palace who are enjoying their best Premier League season ever.