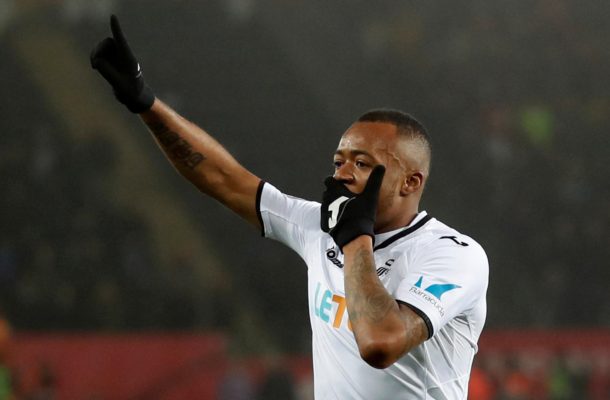 Ghana striker Jordan Ayew lasted the entire 90minutes and scored the equaliser as Swansea staged a late come back against Watford to record a 2-1 win in the Premier League.

Jordan came close to scoring as early as the 6th minute but was unlucky too see his superb long range effort rattle the cross bar.

Watford took the lead against the run of play in the 11th minute after Andre Carillo pounced on a rebound in the six yard box.

Jordan Ayew made no mistake in the 86th minute when he tucked the ball into an empty after McBurrnie put an excellent ball across the area.

The 24 year old has now recorded his third goal of the season in the league and his second in a space of a week.

The victory means Swansea move up above West Brom temporarily to 19th place having played a game more.