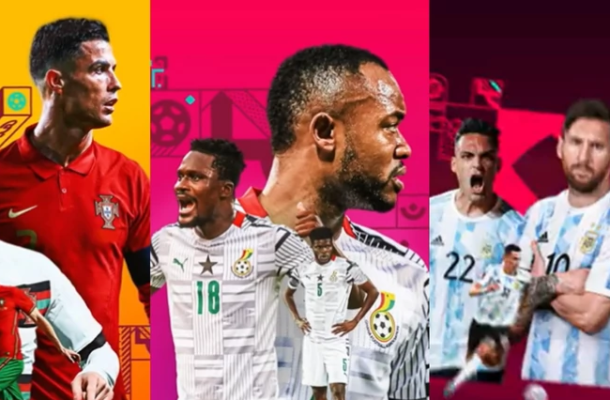 Black Stars trio of Jordan Ayew, Thomas Partey and Daniel Amartey have been featured in a FIFA World Cup promotional video for the 2022 Qatar World Cup.

The Black Stars will be making an appearance at the FIFA World Cup for the first time in eight years after missing the Russia 2018 edition.

Ghana defeated perennial rivals Nigeria in a 2022 World Cup plays off to secure a place in Qatar.

The first leg of the play offs ended 0-0 at the Baba Yara Stadium but Ghana managed a 1-1 score line with a Thomas Partey goal at the Moshood Abiola Stadium sending Ghana to the World Cup via the away goal rule.

With barely five months to the tournament which will start on November 21st, 2022 and end on December 18,2022 World Football governing body FIFA has released a promotional video depicting each group and their key player.

Ghana is in group H and will face Cristiano Ronaldo's Portugal, Korea and Uruguay.