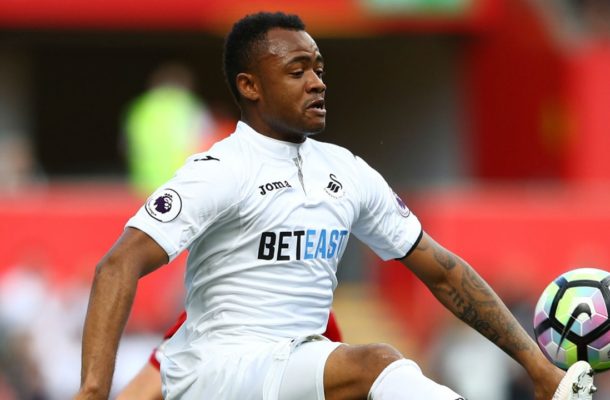 Ghana forward Jordan Ayew came off the bench to score a spectacular equalizing goal in the 1-1 game against Crystal Palace at the Liberty Stadium over the weekend.

It was the striker’s second goal of the season and he admitted it has been long over due.

The 26 year old hopes to build on that performance and become a regular on the scoresheet for the Swans.

Ayew said: “I’ve been waiting for that goal for some time now. Every weekend, you want to score but you cannot control the situation.

“My two league goals have come against Palace. I hope I can build on this and, more importantly, help things change for the team.

''It was a good game from us. We tried to get the win, but the most important thing was that we didn’t lose.

''We need to get out of this situation and will fight very hard to do so.''

The Swans currently lie at the bottom of the Premier League table with just 13 points from 19 league games.