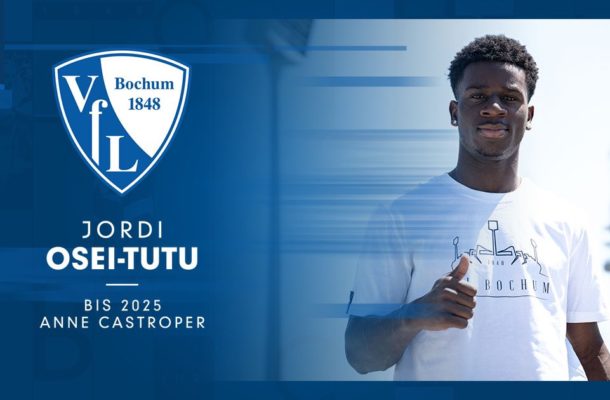 The 22 year old defender has departed Arsenal on a free transfer and has now signed for the German Bundesliga side.

Black Stars coach Otto Addo who also doubles as assistant coach of German Bundesliga side Borussia Dortmund will get the chance to assess the full back at close range when the season starts.

With the "Millers" from the county of South Yorkshire, Jordi Osei-Tutu helped them gain promotion from League One to the Championship, the second highest English division, in second place.