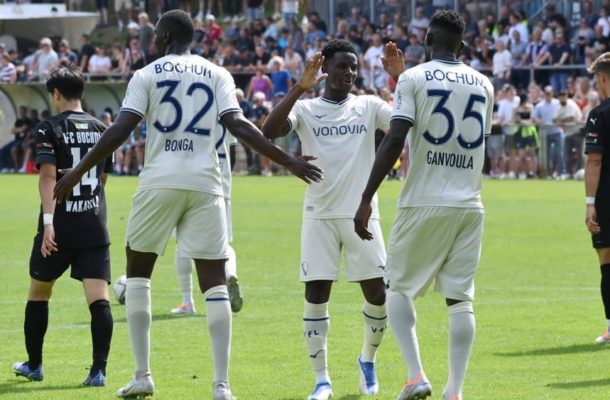 English-born Ghanaian full back Jordi Osei Tutu was influential for his new German Bundesliga side Vfl Bochum over the weekend as he helped them to a 3-1 win over lower tier side  Bocholt.

The Ghanaian defender came on in the second half and then scored the equalizer for his side in the 56th minute of the the game before providing two assists for his Congolese teammate Silvere Ganvoula who netted in the 73rd and 75th minutes respectively.

The turnaround was mainly initiated by the lightning-fast summer capture Jordi Osei-Tutu, who twirled happily on the right side, first equalized and then perfectly threaded in the two goals from Silvere Ganvoula.

The lively Osei-Tutu, who came back to Bochum from Arsenal, received special praise. "If he's really fit, he's a huge weapon for us," Thomas Reis is certain. "But of course you can also see that he lacks a bit of rhythm."

The 23-year-old English-born Ghanaian, was on loan from Arsenal at VfL Bochum in 2019/20, but has now moved from London to Bochum on a free transfer.