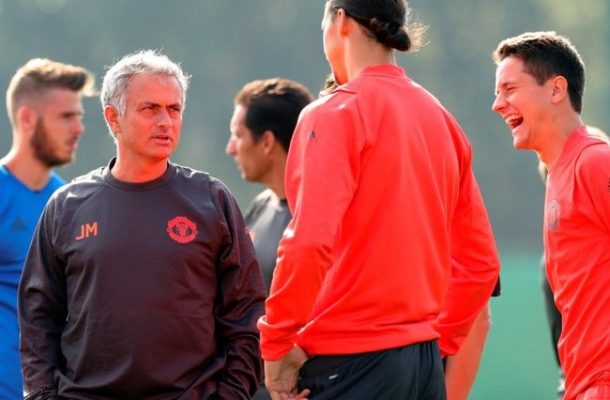 The Manchester United boss explained the reasons behind his decision to leave the club captain at home for tomorrow's fixture against Feyenoord.

Along with Rooney, Jesse Lingard and Henrikh Mkhitaryan, who were both taken off at half-time during the defeat to Manchester City at the weekend, have also been left out as Mourinho looks to utilise his squad in Holland, while Phil Jones is injured.

Marcus Rashford could be set for a first start of the season, while Matteo Darmian, Timothy Fosu-Mensah, Marcos Rojo, Michael Carrick and Memphis Depay may also be included having failed to make the derby day squad.

Following Paul Pogba's poor performance in the Manchester derby, there were many calls among fans and pundits for Rooney to be dropped to allow the France star play in his favoured left-sided midfield role as part of a 4-3-3 formation.

While Mourinho did switch to 4-3-3 in the Manchester derby after Ander Herrera was introduced, it seems unlikely that that system can accommodate Rooney for 90 minutes.

Pogba has yet to register a goal or assist since his world-record move back to Old Trafford but any fans hoping to see the former Juventus man play in his preferred role may have to wait a while.

In his pre-Europa League press conference today, Mourinho outlined why Rooney was left behind for the trip: