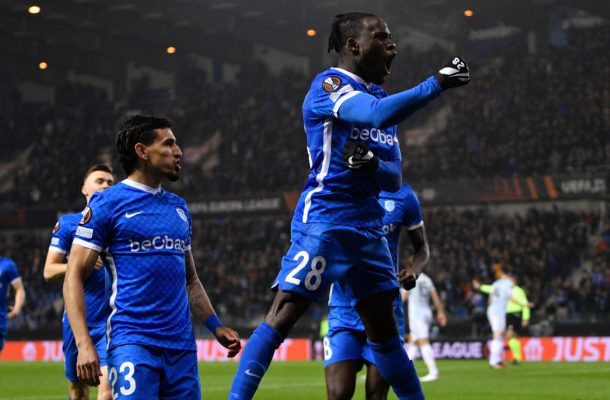 Ghanaian forward Joseph Paintsil was on the scoresheet for his Belgium side KRC Genk as he scored the opener in their 2-2 draw against West Ham in the Europa League on Thursday night.

The Hammers  paid for a slow start at Cegeka Arena, with Joseph Paintsil darting onto Junya Ito's pass and goalkeeper Alphonse Areola unable to keep out the forward's low strike.

Benrahma fired in from Vladimir Coufal's smart pull-back to level after the break and then added a delightful individual effort eight minutes from time to seemingly wrap up a win.

But Soucek inadvertently turned a cross into his own net with three minutes left.

Moyes' side have 10 points from four games - six clear of Genk with two games left - and look set to go through as Group H winners. That would guarantee them a last-16 spot rather than, as group runners-up, having to go into a play-off with a third-placed team from the Champions League.

Painstil who was shown a yellow card for a foul was taken off in the 90th minute after an impressive display with Oyen his replacement.