Joshua Akamba mourns with the Umbrella family in the Upper East 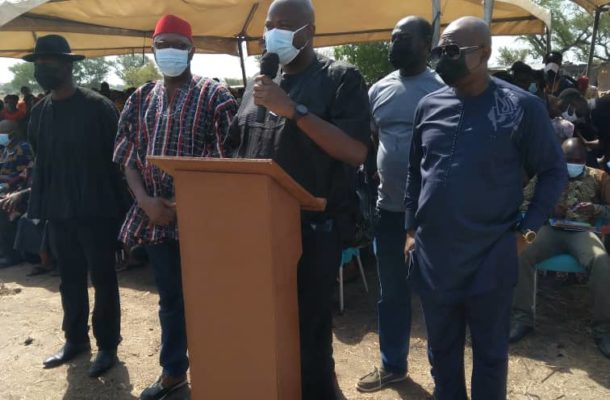 National Organiser for the National Democratic Congress (NDC) Mr Joshua Akamba on Friday toured the upper East Region to mourn with some bereaved members of the party.

Mr Akamba was at the Buisa North, Talensi, Chiana Paga constituencies to commiserate with the families who recently lost their loved ones.

It comes just few days after embarking on a similar journey to the Central Region, where he engaged some regional and constituency executives on the party's future. 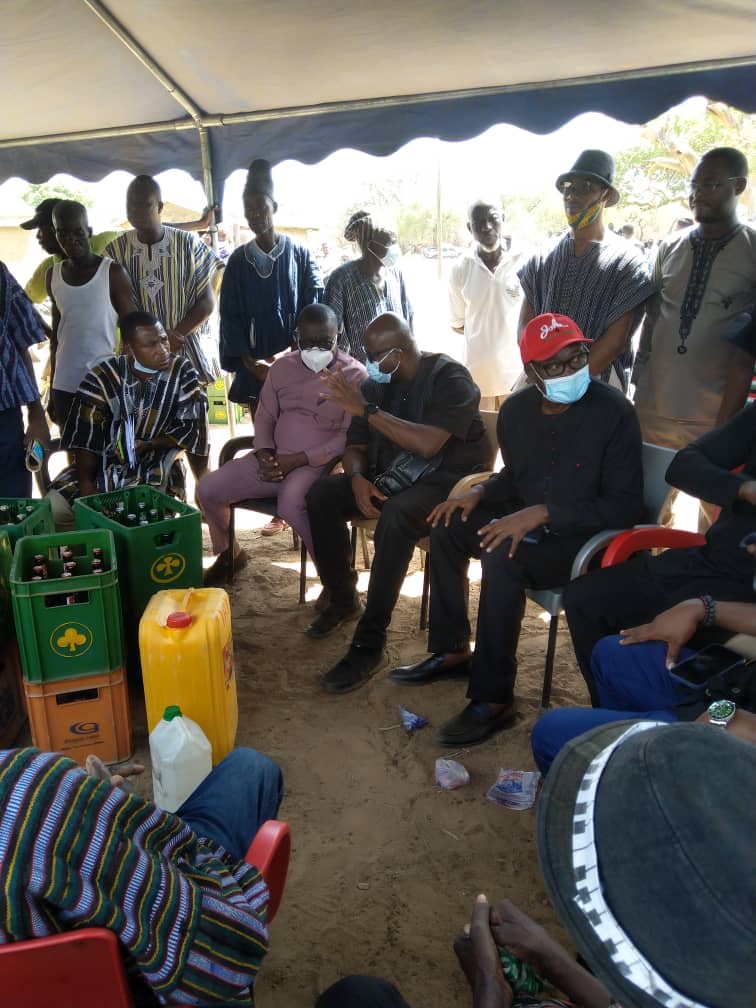 It was a day that saw the NDC organiser meeting with top members of the party ahead of their reorganisation agenda.

He arrived in the upper east region on Friday to first meet with all the regional and constituency Executives,  including all MPs at a program to reward party activists for hardwork in the just ended 2020 general elections.

He also took time to visit faithful comrades who are aged,  sick and can not participate in busy party politics anymore.

He then proceeded to mourn with comrades in the Builsa North constituency following the demise of their Chairman Agoalikum Avaripo, affectionately know as papa Akoka, who passed away sadly in Sandema.

He was joined by Hon. James Agalga and Hon Clement Apark, who are the MPs for Builsa North and Builsa South, respectively.

He later joined the people of Paga Chianna Constituency with their member of Parliament ,Hon Thomas Addah Dalu to mourn with the Constituency Women's organizer, who has lost her  father.

The regional organizer, Mr. Muntawakilu and the Bolga Central Constituency youth Organizer, Mr. Prosper Adonga were there to support Joshua Akamba in his commisseration tour.

He wrapped up his tour with a visit to Talensi where he join the
Parliamentary Members like Hon. Isaac Adongo, MP for Bolga Central, Hon. B. T Baba of Talensi Constituency  and Hon. Edward Bawa, the MP for Bongo to mourn a party stalwart, Comerade Paul Dunkan in his father's burial.

The NDC organiser has remained one of busiest executives in  party activities after the 2020 elections.

He is scheduled to embark on more of such visits with the party planning to reorganise quickly for the 2024 contest.