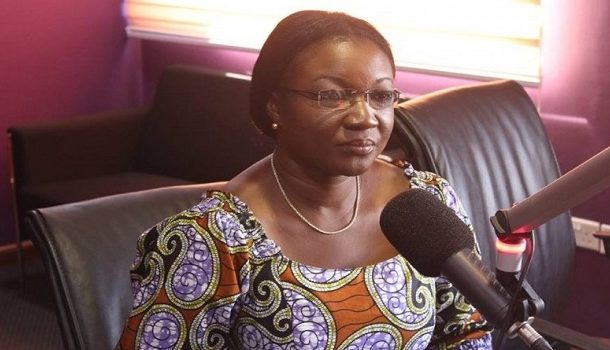 Special Aide to former President John Mahama, Madam Joyce Bawa-Mogtari has responded to claims by the Asantehene Otumfuo Osei Tutu II that he persuaded Former President Mahama to concede defeat during the 2016 polls.

According to the former deputy transport minister, the former president wholeheartedly conceded defeat without external persuasion.

Her reaction is to comments by Otumfuo Osei Tutu II at the UN General Assembly.

The revered monarch told the UN General Assembly recently that the important role of traditional leaders in the political and democratic dispensation was crucial during the 2016 elections.

“At the conclusion of the last presidential and parliamentary elections, the country [Ghana] stood on the edge of disaster”,

“The UN representatives and the diplomatic community were aghast, alarmed that Ghana was going to slip down the slope of electoral violence.

“Fortunately, the moral authority of the palace was at hand. We were able to intervene to persuade the losing candidate to accept his fate and fly both candidates for a quiet encounter to pave the way for a handover,” recounted Otumfuo Osei Tutu II.

But in a swift rebuttal, Madam Bawa-Mogtari said on Metro TV’s Good Morning Ghana on Monday, 16 September indicated that: “Under no circumstances did [former] President Mahama require any persuasion”.

She narrated: “[Former] President Mahama placed a phone call to President-elect [Nana Akufo-Addo], [and] congratulated him in a very short conversation”.

She continued: “By the time we were even preparing to receive the announcement from the EC, everybody knew that it was the decision the good people of Ghana had already made and besides, waiting for the formal announcement, there was a need to make contact with the other contestants particularly the president-elect”.