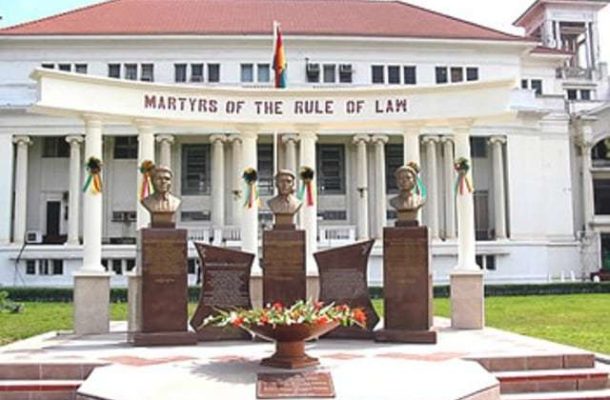 The Judicial Service Staff Association of Ghana (JUSSAG) has called off its intended strike action over its conditions of service.

JUSSAG said the move is to give government another six working days to resolve the some anomalies it has detected on the document.

The suspension follows a document government submitted to the Judicial Council for study containing the demands of JUSSAG members.

It says the document submitted by the Chief of Staff fails to explain when members will receive their consolidated salaries.

In addition, it says the document has errors with regards to calculating how much members will receive.

"Government has unilaterally reviewed the figures. [The] government has failed to correct the anomalies that existed in our pay structure and that is not acceptable, JUSSAG president Alex Nartey said a press briefing.

"The document [has been] given to the Judicial Council to look at it, for the anomalies to be corrected so that we can continue from there. So we look forward that this will be done now and between the end of the month," he added.

JUSSAG embarked on a similar strike in May this year but called it off after assurances by Haruna Iddrisu, the Minister of Employment and Labour Relations that their concerns will be addressed.