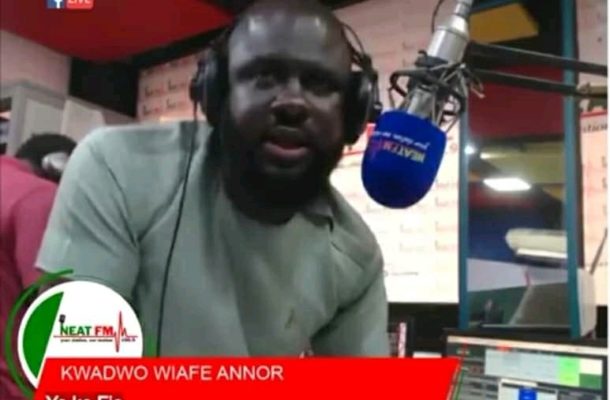 News reaching Ghana Guardian indicates one journalist from the Despite Media Group, is dead.

Announcing the sad incident on the Kokrokoo morning show, host Kwame Sefa Kayi said: "One of our own, Kwadwo Wiafe is dead".

The cause of his death was not immediately disclosed but Chairman General, as he's affectionately called, said Wiafe was very energetic and cannot be described as someone who was suffering any ailment.

According to Sefa Kayi, colleague radio and TV presenters as well as all the producers working under the Despite umbrella, have been thrown into a state of shock following the unexpected departure of Kwadwo Wiafe.

Reacting to the sad news on the Working Time Midmorning show, veteran broadcaster, Kofi Kum Bilson said: "It's a difficult time for us this morning, pray for us".

"He was so full of life and everyone who knows him can testify there was not nothing like a dull moment around him. Nante Yie Your Favorite Mc’s Mc Kwadwo Wiafe", presidential reporter, Naana Ntiri wrote on Facebook.