Kakai is the sound track for Accra – BBC’s Journalist

Lerato Mbele a South African journalist and broadcaster working for the BBC says Shatta Wale’s Kakai song is the official soundtrack for Accra.

In a tweet the Journalist who obvious is in love with the street anthem tweeted “After a week in Accra, it seems the soundtrack for the city is Kakai by Shatta Wale. From Cars to Restaurants & Mokola market it rings ” 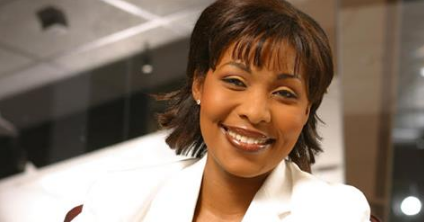 In 2012 Mbele joined BBC News to help launch and present Newsday on the BBC World Service with Lawrence Pollard. The two present from 6–8.30am (UK time) each weekday.

Now she is the presenter of Africa Business Report, a weekly programme that visits different countries filming inserts about different sectors of their economies. It also features entrepreneurs and leading business personalities in Africa. Interviews by Mbele also appear on BBC World News and World Business Report.

In 2014 Mbele was nominated a Young Global Leader by the World Economic Forum in Switzerland.