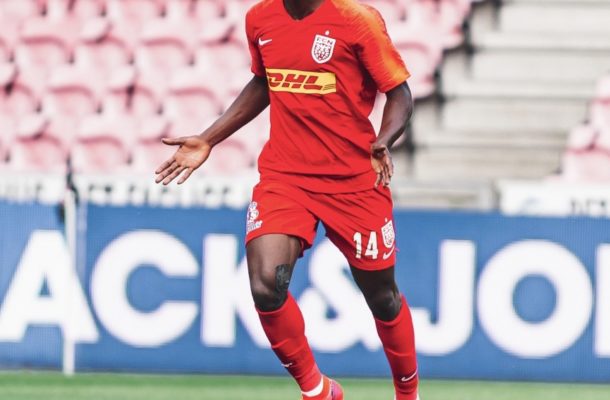 Ghanaian teen sensation Kamaldeen Sulemana has been rewarded for his stellar form for FC Nordsjaelland after he was named in the Danish Superliga Team of the Month of April.

The 19 year old Ghanaian winger has scooped the best player award in the Danish League for the month April while winning the best young player award for the same month.

Kamaldeen has been in the form of his life in the month of April having scored five goals in five matches for his Nordsjaelland side.

When countryman Kudus Mohammed was leaving The Right to Dream Stadium for Ajax the Ghanaian youngster was tipped as the heir apparent and has truly lived to the billing.

He has scored nine goals in 29 games in the current seas and has become the club's go to man in the team.

Kamaldeen Sulemana has gone into the history book as he is the first ever Norsdjaelland player to win both player of the month and young player accolades.

The Ghanaian winger has been linked with moves to Ajax, Lyon and several other top clubs in Europe.

BELOW IS THE TEAM OF THE MONTH APRIL: