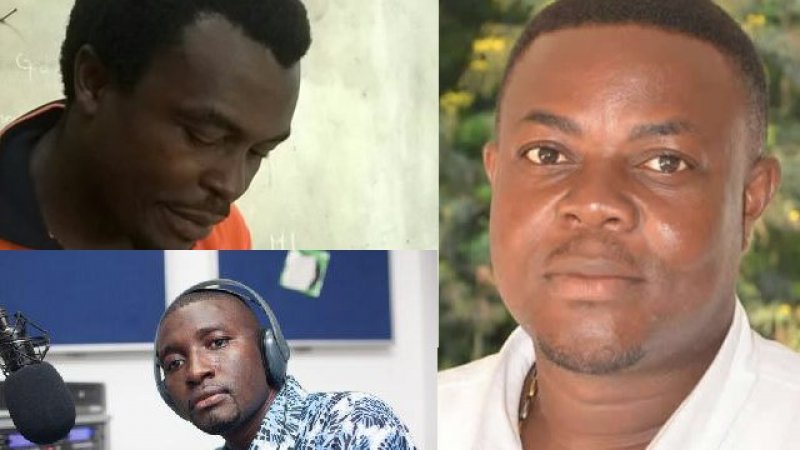 The Progressive Peoples Party (PPP) has launched a petition to counter one demanding presidential pardon for three pro-government communicators jailed for contempt.

“Our petition is anti the petition to free the ‘Montie 3’ as we have come to know them”, he indicated.

But a week into their incarceration at the Nsawam Medium Security prison in the Eastern Region, lawyers for the three pro-government communicators presented a petition to the president last Monday.

They have expressed confidence that President John Mahama would set their clients free “very,very soon”.

But PPP’s Kofi Siaw believes it will be a wrong move for the President to respond positively to the petition”.

The Director of Policy of the Party, Kofi Asamoah Siaw, says the party has collected 147 signatures from Winneba in Central Region already.

They are starting with Constituency Executives of the Party and hope to collect considerable numbers to pressurise the President to stay away from exercising his Article 72 powers.

They are asking the President to ignore the petition presented by lawyers for the incarcerated three.

PPP wants their petition to reinforce the Supreme Court’s decision to jail them after they threatened to kill Supreme Court judges and rape the Chief Justice.

“We need to uphold the integrity of the judiciary…we need to ensure that we use decent language in our politics” he told Joy News Wednesday.

Adding another anti-Montie petition, a new movement on social media has also joined the fray to ensure that respect for rule of law is upheld.

"These gentlemen said they were going to rape the Chief Justice and I think we should continue to mention the word and say exactly what it is that they said because otherwise, we lose the gravity of what they said,” Kathleen Addy, one of the people driving this social media campaign said.

She said in addition to the #westandwithchiefjustice, Ghanaians should write #theythreateneddeathandrape.