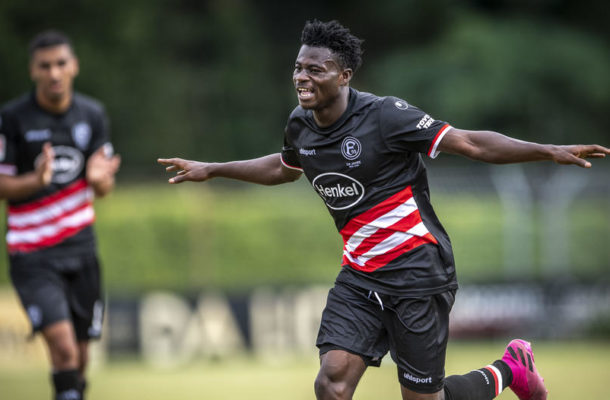 Ghanaian youngster Kelvin Ofori was on the score sheet for Fortuna Duseldorf's regional league side in their three nil win over Wuppertal SV on Saturday.

The attacking midfielder who has been struggling to break into the first team dazzle for the lower side in their away game at Wuppertal SV.

Ofori was making his first start for the Fortuna II side and opened the scoring for his side in the 10th minute after Aymen Barkok set him up with a pass to open the scores for his side.

Before Japanese born German Shinta Appelkamp scored the third which is his 6th goal of the current campaign for the Fortuna II side on the cusp of halftime to finish the job for the away side.

The 18 year old Ghanaian will hope his performance for the lower tier side will pave way for his big breakthrough with a role in the Fortuna Dusseldorf first team in the Bundesliga soon.