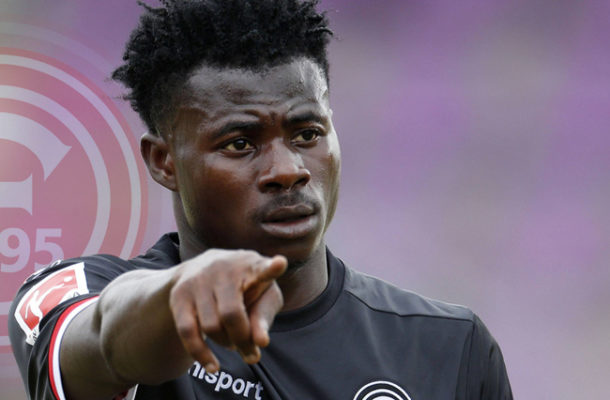 Ghanaian winger Kelvin Ofori was on target as his side SC Paderborn defeated a much changed Ajax side 5-2 in a pre-season frineldy.

In the fifth friendly in preparation for the 2022/2023 second division season, the SCP07 kickers defeated the Dutch record champions Ajax Amsterdam 5-2 (1-2). Newcomers Raphael Obermair and Sirlord Conteh as well as Kelvin Ofori, Dennis Srbeny and John Iredale scored for Paderborn at the Vondersweijde sports center in Oldenzaal.

Head coach Lukas Kwasniok once again sent his team onto the pitch in a 3-5-2 formation. With Robin Bormuth, Marcel Hoffmeier, Obermair, Robert Leipertz and Conteh, five new players were in the starting XI. Conteh and Felix Platte formed the dual leadership.

Both teams used their first chance to score. First, Obermair put the SCP07 kickers in the lead (1st) after submission by Conteh, in return Ajax responded with Mohamed Ihattaren (4th). A little later, Hoffmeier (15th) had the opportunity to take the lead, then Bormuth (16th) failed with a header after the subsequent corner. At the other end, Ajax took the lead with a free-kick from Ihattaren (24').

In the second half of the game, Richmond Tachie and Conteh had the equalizer on their feet (66'), but couldn't get the ball over the line. Things went better after the corner that followed: Conteh converted a rebound to make it 2-2 (67th). A little later Ofori (76th) and Srbeny (78th) turned the game in favor of Paderborn. Iredale (89th) set the final point to 5:2.