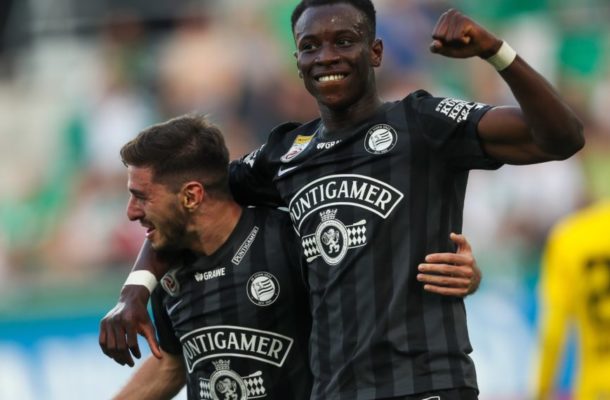 Ghanaian-born striker Kelvin Yeboah was has resumed his goal scoring routine for his side Sturm Graz as he scored in his side's away win over Rapid Wien in the Austrian Bundesliga on Sunday.

The away side dominated the game but found it hard to break down the resolute home defence of Rapid Wien but the breakthrough finally arrived in the 38th minute of game with Kelvin Yeboah the goal scorer.

After recess the home side asserted themselves into the game but their hopes were dashed as the away side dealt them a crushing blow with Gorenc-Stankovic scoring the second goal in the 71st minute.

Yeboah instead chose to represent the Italian U-21 national team and snubbed a call up to play for the land of his birth.

Kelvin Yeboah has so far scored 8 goals and provided two assists for Sturm Graz this campaign.