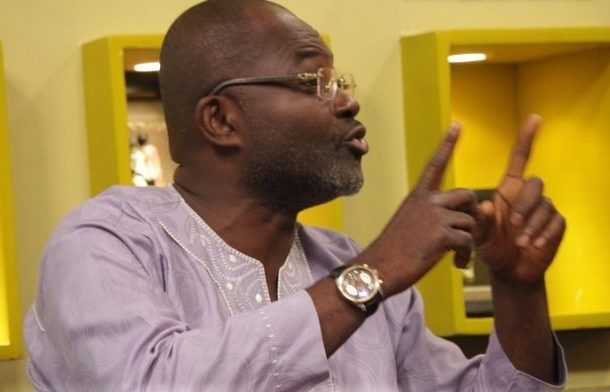 Outspoken Member of Parliament (MP) for Assin Central, Kennedy Agyapong has threatened to mobilize his ‘boys’ to eliminate ‘Bortey Disco’.

According to him, the latter is a notorious land guard who has been terrorizing residents of Borteyman, near Adenta in the Greater Accra region.

Kennedy Agyapong indicated ‘Bortey Disco’ has unlawfully seized several lands belonging to the Ministry of Agriculture and some individuals and selling a plot for thousands of dollars.

He said the notorious land guard is emboldened and fearless despite the illegal activities he is involved in because some corrupt police officers are solidly behind him.

Appearing on Oman FM’s political analysis programme “Boiling Point”, Kennedy Agyapong claimed that “this notorious land guard is behind the killing of a military officer who was attached to the Flagstaff House, the seat of government.”

“There is a place in Borteyman and when you go there, all that you can see is a human skeleton and you can’t move without stepping on the skeleton. This Bortey Disco guy kill people and take their land and leave their bodies to decompose in the area,” he claimed.

“What struck me the other day was that I was there when a military man who has a house in Borteyman came to me and during our conversation he told me that he was relocating to Burma Camp because this ‘Bortey Disco’ guy came to him and warned him to be careful else he will end his life. He said the guy told him that he knows where his daughter attends school and went to the extent of showing the picture of the military man to him,” he said.

“I will make sure that this guy is killed. These things will not be tolerated under President Akufo-Addo.”, Kennedy affirmed.