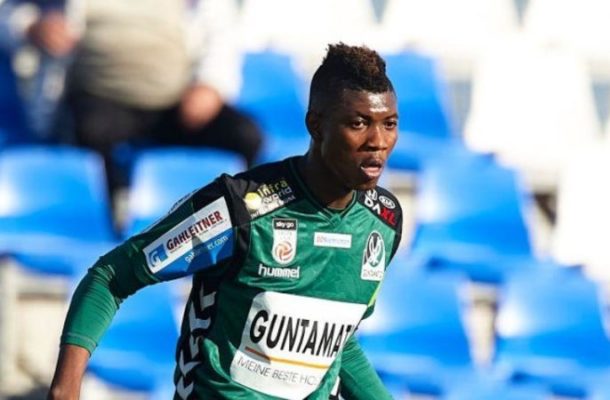 Ghana International Kennedy Boateng will leave SV Ried after the Austrian side failed to meet his demands for a new contract, the club has announced.

The former WAFA defender ends a four-year service at Ried and it comes at the back of disagreement for a new contract.

The 24-year-old is unlikely to extend his contract with the Bundesliga club, which expired in the summer.

Boateng has played 113 competitive games in the SV Ried jersey since he first joined them in 2017.

But iIt is quite unlikely that there will be a 114th game as the club plans to look for his replacement.

""We made him a very fair offer. But we can't keep up with his demands," says sports director Wolfgang Fiala in the "OÖN".

He has been familiar figure in the Austrian Bundesliga since 2016

Boateng began his professional football career with WAFA before moving to the Austrian league in 2016 by joining Linzer ASK.