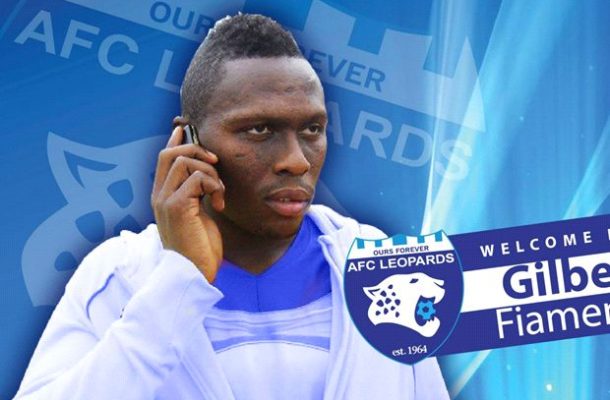 AFC Leopards will have to wait next season before they can complete the signing former striker Gilbert Fiamenyo.

Fiamenyo agreed to join the Kenyan Premier League side when the transfer window had closed but the Kenyan Federation ratified his registration because he was a free agent.

"No. He (Gilbert Fiamenyo) has not been registered. He cannot play now. They have to wait for next window,” a top KPL official, who spoke on the condition of anonymity to Goal, revealed.

But Football Kenya head of communication Barry Otieno has explained that the player will only feature for the ‘Big Cats’ if he is given a go-ahead by the Kenyan Premier League.

"Gilbert Fiamenyo has been registered with us and is now a player at AFC Leopards. His registration is within the Fifa statutes because he was a free agent and you know clubs are allowed to register free agents,” Otieno said.

"It is now up to the body running the league to decide whether after being registered by us, the player can start to play immediately or wait for the next transfer window.”