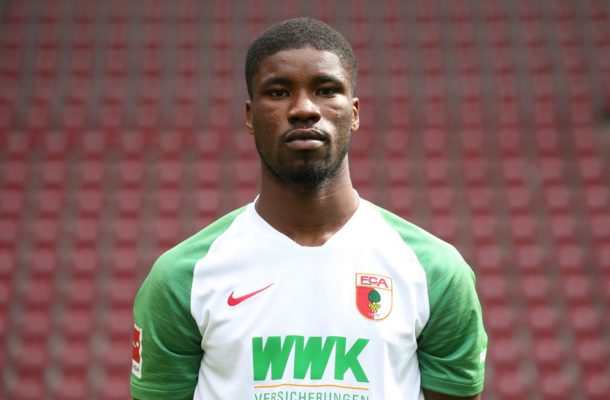 Austrian born Ghanaian defender Kevin Danso is not happy at Southampton due to lack of game time, according to reports.

Southampton signed  Danso from FC Augsburg on a season-long loan, with an option to buy the centre-back but the 21-year old has only featured six times for the Saints since he returned to England in August 2019.

Since November, Danso has only had two FA Cup appearances under coach Ralph Hasenhüttl. The Austrian has a contract with FC Augsburg until 2024, but was awarded to the Saints in summer 2019.

He was reported to have opted for  moves back to the Germany Bundesliga in the January transfer window.

The defender was of interest for German clubs RB Leipzig and FC Koln after failing to command a position at the Saints.

RP Liepzig were eager to sign the defender on Friday after losing Valentino Lazaro to Newcastle United and failing to pull off deals for Chelsea’s Andreas Christensen, Freiburg’s Robin Koch and Benjamin Hennrichs.

However, a deal could not be reached leaving the frustrated Austria defender at the St Mary's Park.